Why Dressing Well Is Important - Our Style Addiction

Two spots left for the next VIP Style Session

Vanity. A Deadly Sin or The Key To Happiness???

Welcome! I'm so glad you stopped by. Make sure to check back every Friday for a new style tip. Our goal is to help you go from, I have nothing to wear to having a closet packed with items you love that fit and flatter.

The very first nasty comment I ever got on Facebook was, ‘I’m not vain enough to care about style.’

This was years ago. And while I can’t remember what I did yesterday, that comment is forever burned into my brain.

I had soooo many responses tumbling around in my head. Some super snarky. Some intended to convince her that making an effort to look good is absolutely not vain.

In the end, I said nothing.

Why do I bring this up?

Over the past year, I’ve heard tons of comments like:

I’m living in sweat pants because I have nowhere to go.

Pajama pants all day every day are good enough. No one sees them on Zoom anyway.

I have a ton of clothes, but I haven’t left the house, so what’s the point of dressing up?

It’s not. Not really. People have known about the concept since caveman days.

‘Course it looked a bit different back then.

Back then, there was a woman who lived two caves down. And she used to prance around the fire pit in her very best fur toga for no apparent reason on a random Tuesday. Just because it made her feel good.

It’s totally true. I Googled it.

First, let’s debunk a myth. Putting effort into how we look is not vain. It’s not frivolous. How we feel about our appearance literally impacts every facet of your life.

It’s All About You: Northwestern University did a study on enclothed cognition. Their findings? Not surprising. People who get up, get dressed, and put effort into how they look are

If you’re anything like me, there have been days in the last year, when I skipped the shower and hung out in clothes too ratty to actually be seen in outside the house.

Now, ponder back. How productive and motivated were you?

Come up with tons of great ideas to solve a problem at work?

I sure as heck didn’t.

Because like it or not, cleaning up and getting dressed signals our brain that we have stuff to do, people to help, and solutions to find.

A shower and fresh clothes seem a cheap price to pay for that kind of result. 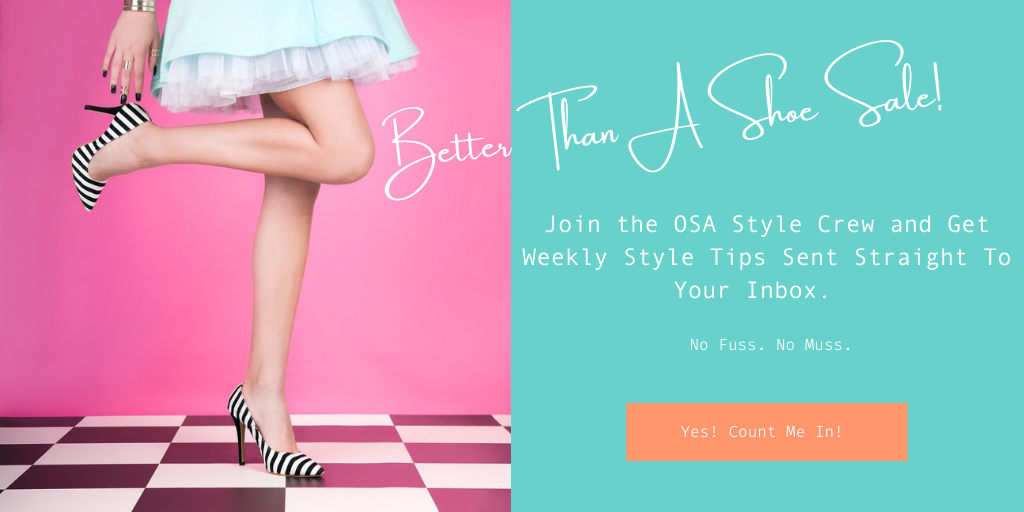 It’s About Your Career: This one came from Money Magazine…

Women who look good and are well-groomed get :

I think it’s likely both, but we can all agree 12% more money would come in handy.

If you’re mad about the money thing, don’t be.

Men have it worse. Well-groomed dudes make 15% more than their sloppier counterparts. How awesome would it be if everyone did what you asked?

If your team at work ran out to achieve every single goal you laid out for them?

Or if your husband rushed to the liquor store because somehow you ran out of wine?

Or if your kids raced to clean their rooms and put their dirty clothes in the laundry room?

Or if your dog stopped barking like a lunatic when the Amazon delivery guy came to the door?

Okay, I think the last one might be pushing it.

However, if you were a superhero, how cool would it be to have the power of persuasion? I’m thinking it would be right up there with Invisibility and Super Speed.

Back to the enclothed cognition study, it showed that people who were dressed well are:

Talk about justification for buying that awesome dress you’ve had your eye on.

Looking good has little to do with vanity and is all about improving your mindset, getting more done with less effort, making more money, and living a better life.

What’s not to love about that?

So here’s a style challenge for you…

Let’s step it up a notch this week.

Then, let’s see if it changes how you feel. Do you get more accomplished? How many people notice the effort? Petite? Here Are 9 Mistakes That Could Be Killing Your Style »

back to blog home

I'm Angela. The girlfriend you love to take shopping.

Welcome! I'm so excited you're here!
'Cause women like you are the whole reason I do what I do.
In case you haven't heard this one already, let me tell you how I got started being a Style Coach. Tweed – Timeless, Feminine, & A Joyful Pop Of Color For Spring

Despite the rumors, not all women love to shop.
In fact, tons of Petite women hate looking for clothes.
Hate going into a normal store and wasting time trying on crap that doesn't fit.
And let's not mention how frustrating it is to drop tons of money on an item, only to have to take it to the tailor and spend more money just so that it fits.
Well, struggle no more, Sunshine!
Grab this list - The Best Petite Boutiques and discover all the best places to find casual, career, and curvy Petite fashion.
Fashion that actually fits your height.
I know! Crazy pants, right.

Some articles may contain affiliate links meaning we may receive compensation at no additional cost to you.

Have You Joined The Style Crew Yet?

not quite as awesome as paying off your bloomies charge.
but it's close.

Sign-up now, And Receive priceless style tips straight to your inbox.
no fuss. no muss.

🍪🍪🍪    We use cookies so you have the best experience while hanging out.

🍪🍪🍪
We use cookies so you have the best experience while hanging out.